Krasner delivered brief remarks to promote public pools this summer, highlighting an exhibit on swimming and segregation, according to WHYY. City officials pointed the need to open more pools and to extend operating hours for open facilities in order to curb violence.

“I don’t know if there’s any better way to put it than saving lives as opposed to taking lives,” Krasner said, according to the outlet. “I’d like to go down that path instead of seeing kids on either end of a gun.” (RELATED: Report: Philadelphia DA Brushed Off Crime Spike Hours After Mass Shooting)

Krasner’s remarks come as Philadelphia faces high levels of violence across the city. Ten people were shot in Philadelphia on Monday, the same day Krasner took to the podium, according to the Philadelphia Inquirer. 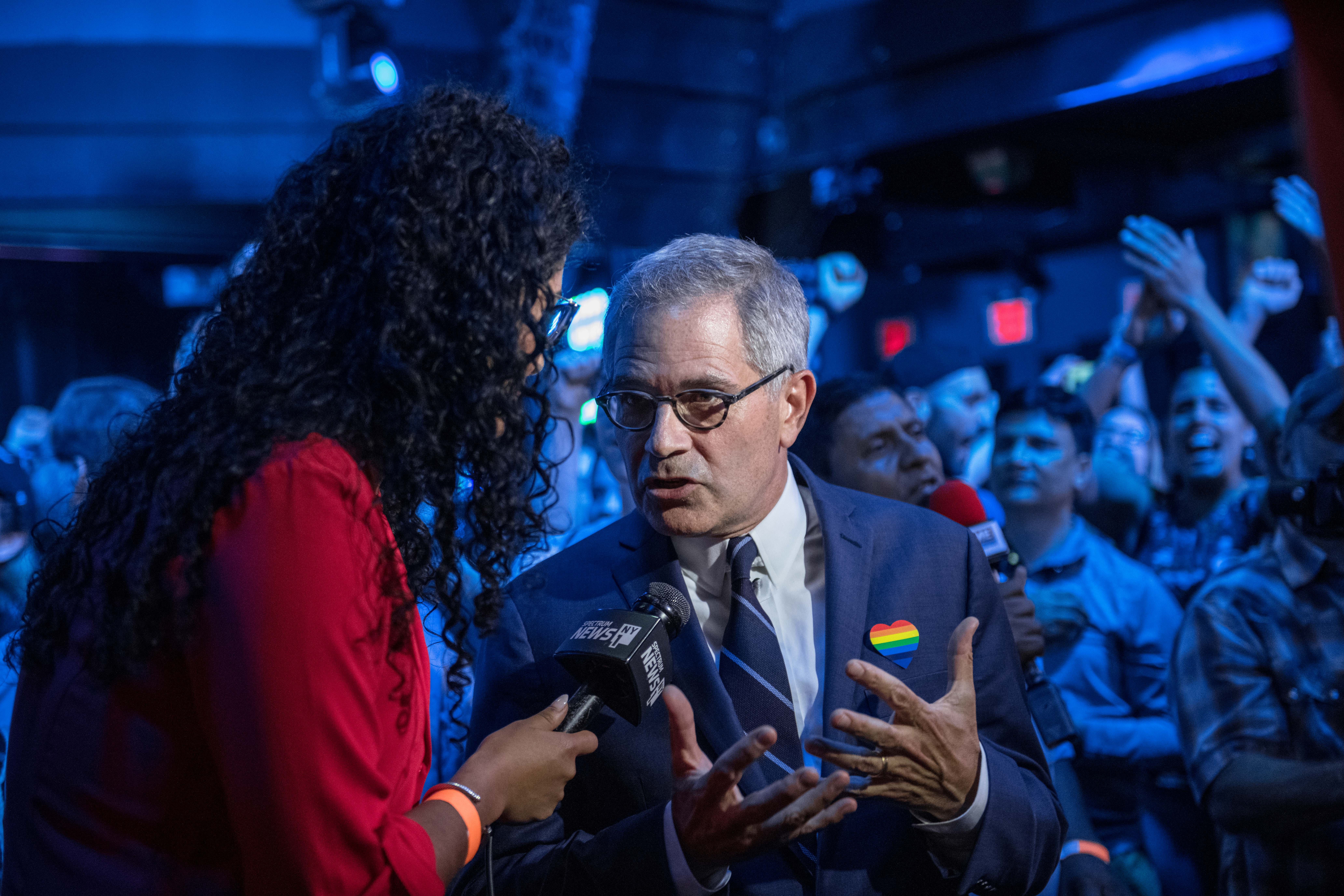 Philadelphia District Attorney Larry Krasner speaks to a reporter at of the election party of a public defender. (Photo by Scott Heins/Getty Images)

There have already been several high-profile violent incidents in the city so far this month. A group of teenagers beat an elderly man to death with a traffic cone, two police officers were shot at a city fireworks parade, and two men were shot and killed returning from a funeral, according to Fox 29. (RELATED: WEEKEND OF CARNAGE: Liberal Cities See Massive Spike In Murder, Violent Crime Over Holiday Weekend)

Mike Lee, Chief of Staff for the Philadelphia District Attorney’s Office (DAO), said that Krasner’s administration seeks to “design diversions that are anti-racist, anti-classist and anti-sexist,” according to the DAO’s website.

The “progressive district attorney” has come under fire for his allegedly soft-on-crime polices. Former Philadelphia mayor Michael Nutter, a Democrat, rebuked Kranser for having “little regard for human lives lost, many of them Black and brown, while he advances his own national profile.”

Krasner received almost $3 million from George Soros-linked organizations over the course of two campaigns, according to the New York Post. Voters reelected Krasner last year amid a rise in gun violence and criticism for his determination to preserve criminal justice reforms like no-cash bail.

Krasner’s office did not respond to the Daily Caller’s request for comment on whether the focus on public swimming pools is expected to lead to decreases in the city’s violent crime rates.