Nine European Union states on Tuesday rejected Israel’s designation of six Palestinian organizations as terror groups and said they would continue funding and working with them.

“No substantial information was received from Israel that would justify reviewing our policy toward the six Palestinian NGOs on the basis of the Israeli decision to designate these NGOs as ‘terrorist organizations,’” a joint statement from the foreign ministries of Belgium, Denmark, France, Germany, Ireland, Italy, the Netherlands, Spain and Sweden outlined.

Israel’s Defense Ministry last October announced half a dozen Palestinian civil society groups were being designated as terror organizations linked to the Popular Front for the Liberation of Palestine (PFLP), which is itself designated as a terror group by both the EU and U.S. The PLFP is behind decades of terror attacks against Israelis.

“Should evidence be made available to the contrary, we would act accordingly,” the countries said on Tuesday. “In the absence of such evidence, we will continue our cooperation and strong support for the civil society in the Palestinian territories.” 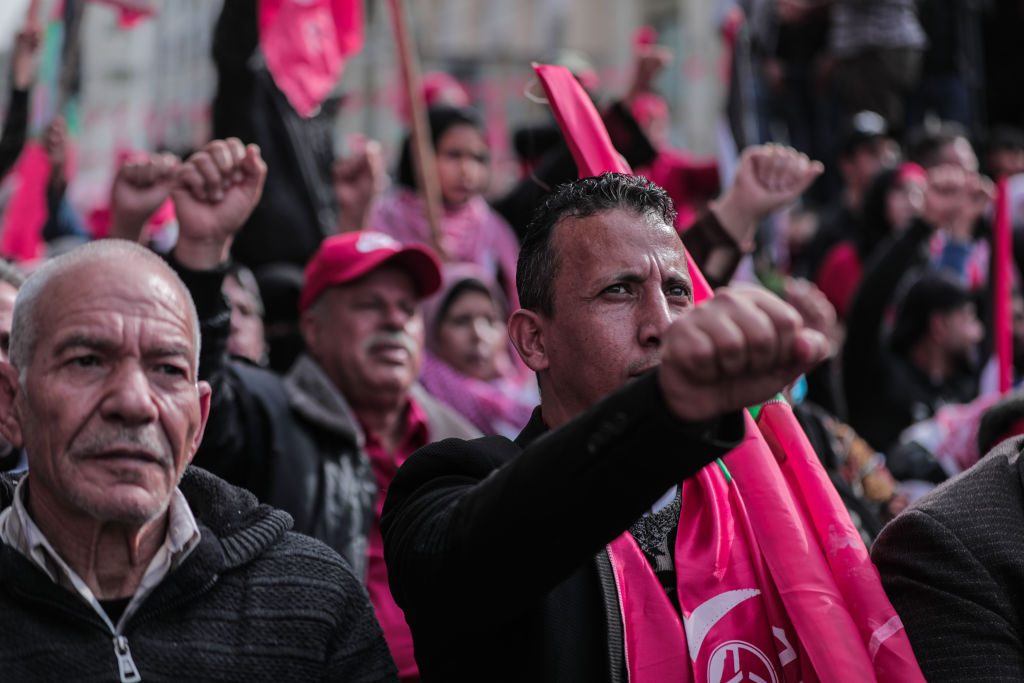 Popular Front for the Liberation of Palestine (PLFP) supporters in a rally marking the 56th anniversary of the movement foundation in Gaza City on December 13, 2021.(Momen Faiz/NurPhoto via Getty)

“A free and strong civil society is indispensable for promoting democratic values and for the two-state solution,” the statement said.

Israeli security sources at the time said connection between the human rights organizations and the PFLP terror group is “ironclad,” and includes “unequivocal evidence that includes video footage, photos, payment receipts that tie the said groups to backing of terror activity.”

Israel accused the six groups, Addameer, al-Haq, Defense for Children Palestine, the Union of Agricultural Work Committees, Bisan Center for Research and Development, and the Union of Palestinian Women Committees, of channeling aid funds to terrorists.

Among the evidence provided was footage of leading figures from four of the organizations at a PLFP event honoring senior PFLP member Rabah Muhanna, who helped found Addameer, UHWC and UAWC.

Gaza has spent $175 million on terror rockets in a week but has no money for vaccines or education. Let that sink in for a moment. https://t.co/lIcKnWJMkD

UAWC’s finance director Abdul Razeq Farraj was indicted in October 2019 for leading the terror cell responsible for an attack that killed Israeli teenager Rina Shnerb and injured more members of her family.

The indictment also mentions Ubai Al-Aboudi, a PFLP member who served as UAWC’s Monitoring and Evaluation Officer until April 2019.