President Joe Biden on Thursday shied away from a commitment to bring up the murder of writer Jamal Khashoggi with Crown Prince Mohammed bin Salman during his trip to Saudi Arabia.

A reporter asked Biden during a press conference in Israel with Prime Minister Yair Lapid if he would address Khashoggi’s murder with the crown prince.

“My views on Khashoggi have been absolutely positively clear, and I have never been quiet about talking about human rights,” Biden replied, dodging an answer to the question.

He explained the reason he planned to visit Saudi Arabia was to promote U.S. interests and reassert American influence in the Middle East.

When asked again if he would bring up Khashoggi, Biden replied with a similar dodge. 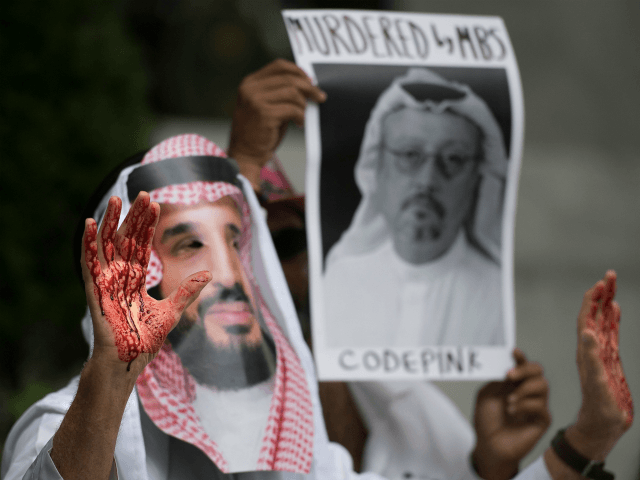 Biden has largely abandoned his promises during the 2020 presidential campaign to punish the Saudis for their involvement in Khashoggi’s murder.

“Khashoggi was, in fact, murdered and dismembered, and I believe on the order of the crown prince,” Biden said during a debate in November 2019.

He vowed he would not sell more weapons to the Saudis and “make them pay the price and make them, in fact, the pariah that they are.”

“There’s very little social redeeming value of the — in the present government in Saudi Arabia,” he concluded.

In 2020, Biden also vowed in a campaign statement to hold the Saudis accountable.

Jamal Khashoggi and his loved ones deserve accountability. Under a Biden-Harris administration, we will reassess our relationship with the Kingdom, end U.S. support for Saudi Arabia’s war in Yemen, and make sure America does not check its values at the door to sell arms or buy oil.

But with Biden as president, the United States conducted a $650 million weapons deal with Saudi Arabia in 2021, and he is now traveling to meet with them to discuss American interests in the region. His actions indicate there continues to be a significant social redeeming value of the present government.

The CIA assessed that Salman was responsible for the beheading of Khashoggi in a declassified intelligence report published in February 2021.

The Saudis appear to remain sensitive to the campaign to make them a pariah and hold them accountable for the death of Khashoggi.

Salman told the Atlantic magazine that he felt the report violated his human right of being treated as innocent until proven guilty.

“I feel, myself, that human rights law wasn’t applied to me,” he said.