EAGLE PASS, Texas — A single group of 496 migrants forded the Rio Grande to a local rally point nearly a mile past the river Tuesday. The mostly single adult males ignored the scorching mid-day heat to surrender to Border Patrol agents. As the temperature rose to above 106 degrees Fahrenheit, agents worked quickly to provide water and arrange transportation to a processing center.

The group hailed from Venezuela, Cuba, Nicaragua, and others, according to a source within CBP. The group sought shade under mesquite trees as agents distributed water and first aid.

Eagle Pass is now the epicenter of the border crisis and leads the nation in large migrant group crossings and overall daily apprehensions. As reported by Breitbart Texas, in one six-day period recently, more than 10,000 crossed the Rio Grande in and around the city. 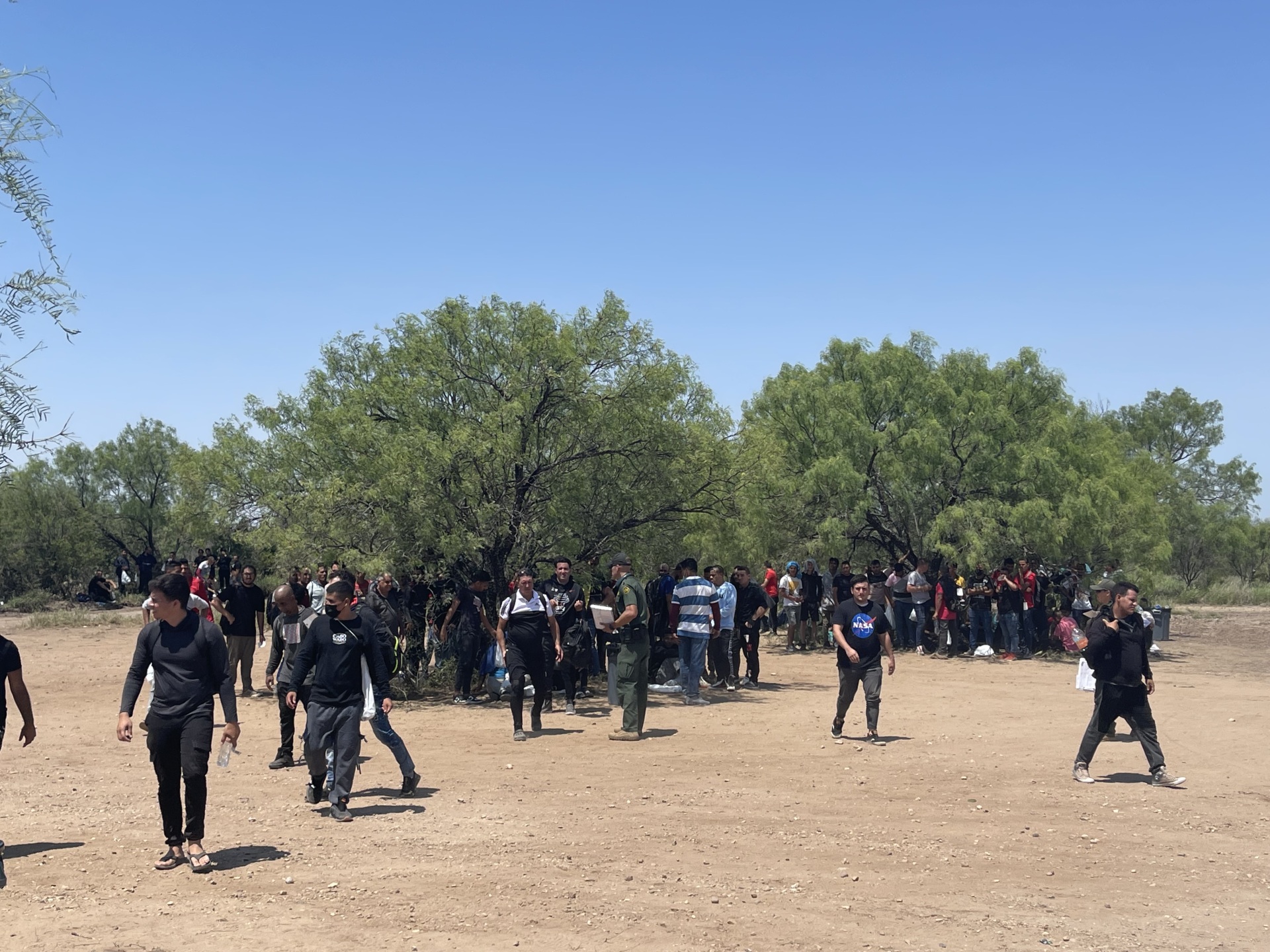 The increase in traffic has taxed local authorities as well. On Tuesday, municipal firefighters responded to the banks of the Rio Grande to extinguish a brush fire allegedly started by the migrants at a crossing point.

Breitbart Texas observed the Eagle Pass Station Border Patrol agents processing the migrants and preparing to load them onto buses to an already over-capacity processing station. Several migrants picked up litter at the rally point that sits on privately owned property. Trash receptacles and water trailers have been placed at the site of the frequent crossings.

The task of transporting migrants from the apprehension points to a soft-sided processing center is stretching resources to the breaking point. Handling asylum claims and humanitarian care tasks means most agents are not on routine field patrols.

On average, the a CBP source says only 30 percent of the migrants apprehended in Eagle Pass are being immediately returned to Mexico under the CDC Title 42 emergency COVID-19 authority. The source says most of those not immediately expelled under the authority will likely be released into the United States.

Randy Clark is a 32-year veteran of the United States Border Patrol.  Prior to his retirement, he served as the Division Chief for Law Enforcement Operations, directing operations for nine Border Patrol Stations within the Del Rio, Texas, Sector. Follow him on Twitter @RandyClarkBBTX.

Why Would Brittney Griner 'Want to Go Back to America'