ROME — A senior bishop of the Church of England said this week the Church has no “official definition” of a woman amidst an evolving understanding of gender in the contemporary world.

Adam Kendry, a lay member of the General Synod, the Anglican Church’s legislative body, posed a written question: “What is the Church of England’s definition of a woman?” during the July 8-12 meeting of the synod.

In his response, Dr. Robert Innes, the Church’s Bishop in Europe and chairman of the Faith and Order Commission, declared there is currently “no official definition” of a woman.

“There is no official definition, which reflects the fact that until fairly recently definitions of this kind were thought to be self-evident, as reflected in the marriage liturgy,” Bishop Innes stated.

“The LLF project however has begun to explore the marriage complexities associated with gender identity and points to the need for additional care and thought to be given in understanding our commonalities and differences as people made in the image of God,” he added.

The Church of England is just the latest among progressive voices to express skepticism over the nature of womanhood.

Last March, Judge Ketanji Brown Jackson refused to offer a definition of woman during her confirmation hearing as justice of the U.S. Supreme Court.

Senator Marsha Blackburn (R-TN) asked Judge Jackson: “Can you provide a definition for the word ‘woman’?” to which Jackson replied, “I’m not a biologist.”

Bishop Innes’ response met with mixed reviews from members of the Anglican Church.

England’s first woman priest, Rev Angela Berners-Wilson, said she is not “totally happy” with the answer but added that “we need to be very sensitive and maybe we need to reexamine our boundaries.” 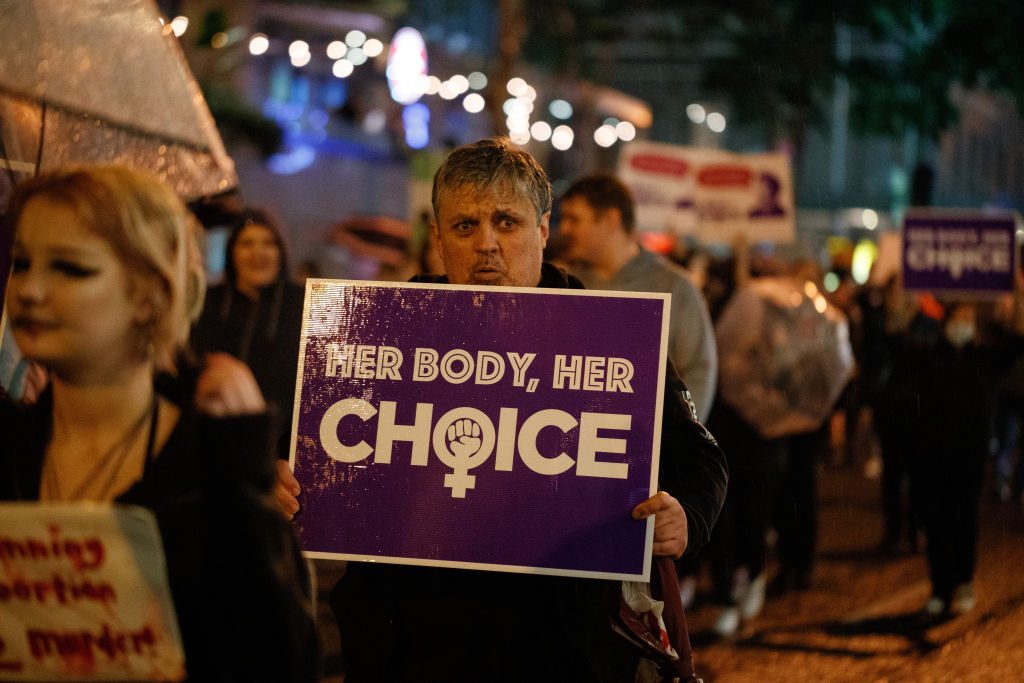 A protester holds a placard expressing his opinion while marching through the streets of Brisbane, Australia, in the rain at night during the demonstration backing Equal Love.  (Photo by Joshua Prieto/SOPA Images/LightRocket via Getty Images)

Maya Forstater, on the other hand, executive director of the Sex Matters campaign group, said the bishop’s answer was “shocking.”

“When the Government redefined women through the Gender Recognition Act, the Church of England could have stuck with its long-established understanding, which makes sense whether your starting point is biology or the Bible,” she said.

“It is shocking that they so readily gave up the definition of man or woman for the state to amend, as if this fundamental truth did not matter,” she declared.