A Chinese company recently secured a contract with a Zimbabwean lithium mine to export the metal, which is vital to the manufacture of batteries used in electric vehicles (EVs), to China starting in 2023, Deutsche Welle (DW) reported Monday.

The China-based Suzhou TA&A Ultra Clean Technology Co. beat out nearly a dozen competitors from other regions including Europe and Australia to secure its lithium export contract with Zimbabwe’s Zulu Lithium Mines, which is a subsidiary of Premier African Minerals, DW reported on July 11.

“At one point, I was involved with 11 separate negotiations with people all wanting Zulu!” Roach said, adding, “It was a very intense period.”

Premier African Minerals plans to start shipping a lithium-containing rock called spodumene concentrate from its Zimbabwean mine to China by the end of March 2023, according to the newly signed contract.

Suzhou has agreed to inject $35 million into the construction of a high-capacity pilot plant at Zulu Lithium Mines, according to Roach. The estimated output from such a plant “would be nearly 50,000 tonnes of spodumene concentrate annually,” Reuters noted.

Construction can start immediately thanks to the funding, Roach said, with an aim to ship by March 31 2023 and ramp up production to around 48,000 tonnes of spodumene concentrate a year. 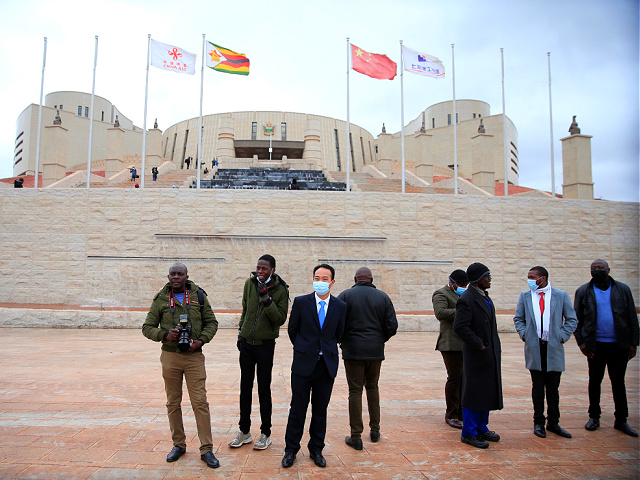 Lithium is a metal used to manufacture electric batteries. The growing popularity of electric vehicles (EVs), which run on lithium batteries, has caused the metal to become a hot commodity in recent years.

Beijing has an established connection with Zimbabwe through its Belt and Road Initiative (BRI). The program sees China’s government fund infrastructure projects in developing or lower-income nations, often through dubious loan structures that threaten to push participants further into debt to Beijing.

Decades of economic mismanagement and corruption by Zimbabwe’s socialist government have caused the nation to become one of the poorest in the world. The United Nations estimated in 2019 that Zimbabwe was “on the brink of man-made starvation, with 60% of the population now considered food-insecure.” The southern African nation’s recent lithium export prospects would provide Zimbabwe’s economy with a much-needed boost, though China’s past BRI projects have often failed to produce economic growth locally as promised by Beijing.