An American tourist survived a fall this weekend into the crater of Mount Vesuvius after he dropped his phone in the iconic volcano.

Phillip Carroll, 23, of Maryland, and two family members were hiking the 4,203 foot (1,281 meter) mountain on Saturday and took a prohibited trail on their way to the top, NBC News reported.

When Carroll and his family reached the summit, the tourist took a selfie but then dropped his phone into the crater. He then tried to reach for it before taking a tumble inside the volcano.

“He tried to recover it, but slipped and slid a few meters into the crater. He managed to stop his fall, but at that point he was stuck,” Paolo Cappelli, the president of the Presidio Permanente Vesuvio, told NBC News. “He was very lucky. If he kept going, he would have plunged 300 meters into the crater,” Cappelli added. 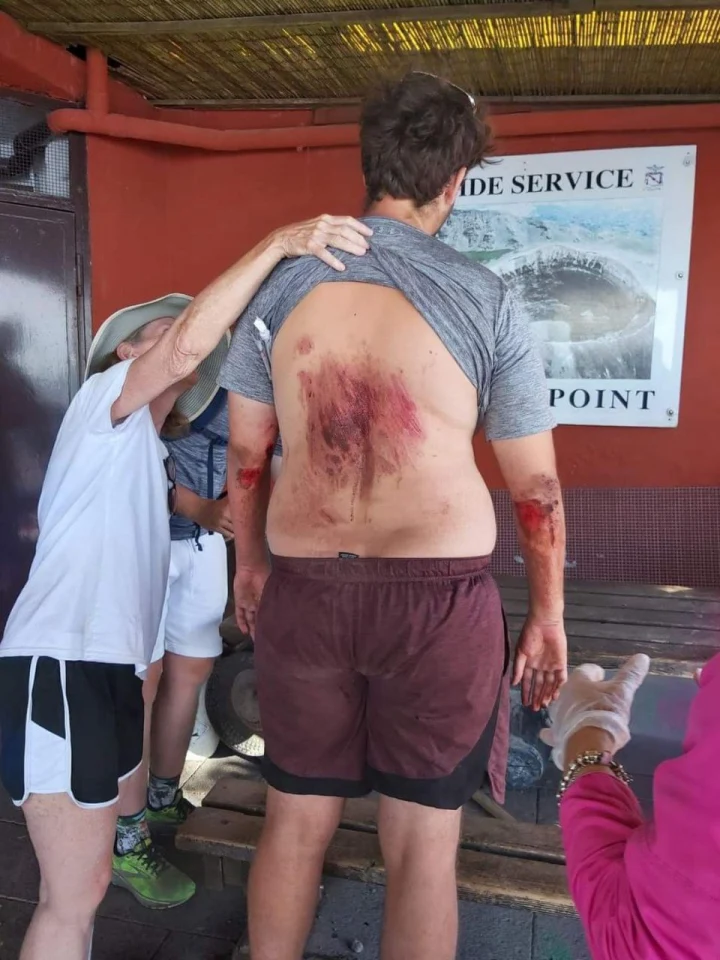 The man, identified as Philip Carroll, was badly injured in the fall. (Guide Vulcanologiche Vesuvio via NBC News)

Carroll was rescued by guides using a long rope to retrieve the tourist after they saw him take the tumble from the opposite side of the volcanic rim. He only sustained some bruises on his hands, arms, and back and refused medical treatment at the scene, Italian police told CNN.

US tourist falls into crater of Mount Vesuvius after taking forbidden route to volcano’s summit.https://t.co/4dWBVlnm4w

After the rescue, Carroll and his family were taken into custody by police for taking the highly dangerous route, which had clear markers that it was prohibited, Wanted in Rome, an Italian outlet, reported.

Mount Vesuvius, located outside of Naples, is one of the most iconic strata volcanoes in the world. The dormant volcano is most well-known for its eruption in 79 A.D. that desolated the Roman city of Pompeii.